“Music was my first love and it will be my last” – this sentence alone is the perfect statement to fully describe the life of Janis Nikos.

Janis, who was born in the Greek city of Thessaloniki, is a prime example of the fact that anyone whose life has been accompanied by so much music ever since they first entered the world knows that their future must lead to the main stage and thus to the heart of the music business.

Janis started to explore music at a very early age by playing hits by major artists such as Elvis Presley, Tom Jones and Roy Orbison and interpreting them in his own personal way, namely with a lot of voice and even more Mediterranean temperament. By doing so, he not only impressed his own grandmother, but also quickly attracted a wide audience in locations ranging from his home city of Thessaloniki right through to the capital city of Athens.

The fact that Janis’ future additionally brought him over to Germany is also due to his family. His parents ran a Greek restaurant in the German city of Mönchengladbach, where Janis always helped out during the holidays, working hard to support his mother and father. Janis often stood in the large kitchen with his guitar in one hand and a wooden spoon in the other. Despite his work in the busy restaurant, he simply couldn’t stay away from the music. It therefore wasn’t long until he made the most of the opportunity to entertain his first audience in Germany in the “Fantasy” bar. Once he had returned to Greece, it was only a matter of time before he made his big breakthrough.

Nevertheless, as a dutiful citizen, Janis first completed his military service in his home country, patiently keeping up his music during this time. This patience more than paid off and Janis went on to enjoy the privilege of collaborating with some of most famous Greek composers and musicians. Musical greats such as Stavros Kougioumtzis, Georgos Hatzinasios, Christos Liritzis, Yannis Spanos and Thanasis Gaifilias, all of whom had already won major awards for their music in TV series and films, recognised Janis’ talent and took the young artist under their wing.

The combination of the expertise of these ‘old hands’ and Janis’ talent and temperament resulted in the unique stage show with which he is still attracting attention today. Janis’ audiences simply love his performances, in which he perfectly hits every note and puts on an entertaining show comparable with that of an Elvis Presley or Tom Jones.

His proud parents in Germany, of course, played the songs produced by young Janis to the many guests in their restaurant on a regular basis, which eventually led to the discovery of the young musician by no other than the German singer Bernd Clüver. Clüver was instantly impressed by the voice sounding from the loudspeakers and without hesitation, asked Janis to travel from Greece to Germany in order to produce and publicise his music. This development paved the way for Janis’ great career.

Once Janis had permanently moved to Germany or, more precisely, to the German town of Ismaning, his career really started to take off. His long list of TV appearances now includes all major programmes for German party hits and he boasts a multitude of impressive chart placements that are second to none. Despite this success, Janis is not a man to rest on his laurels. In fact, he regularly works to develop both himself and his music together with no other than the vocal coaches Seth Ricks and Prof. Dennis Heath. These two coaches certainly know what they’re doing after already working for stars such as Barbara Streisand, Michael Jackson and Diana Ross. Alongside his own songs, Janis has always considered it to be important to also share his inspirations with other artists.

As a result, the successful performer has also become a very successful songwriter and producer who is constantly perfecting new musical works in his very own recording studio in Ismaning. Artists such as Olaf, die Paldauer, Alexander Rier, Patrick Himmel and many others have now been putting their trust in the musical expertise of Janis Nikos for a long time and know that his passion for German party hits is constantly present in every one of his songs. Despite already enjoying a long career, Janis is not at all tired and plans to continue to impress and entertain his audience time and time again with many ideas in the future. After all, music was his first love and will also be his last. 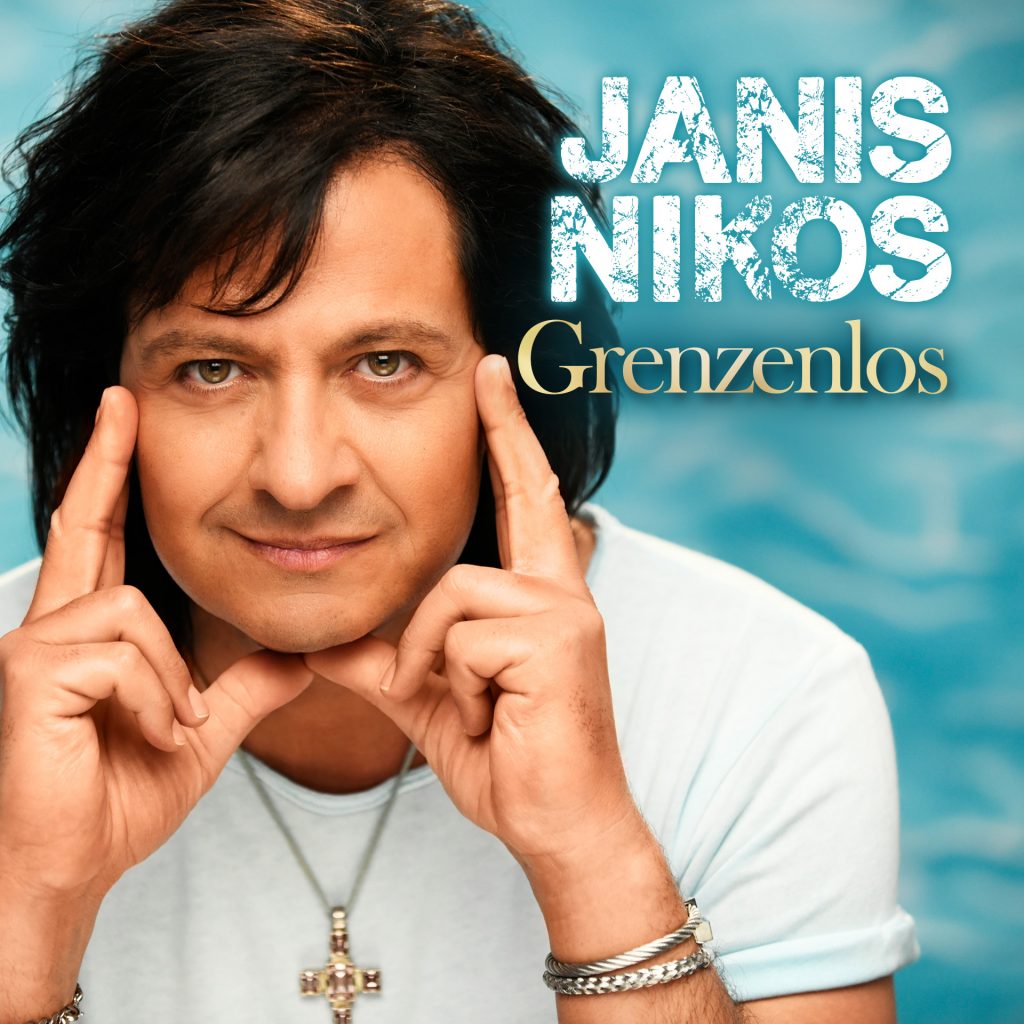